By adminJune 10, 2020Weekly Update
No Comments 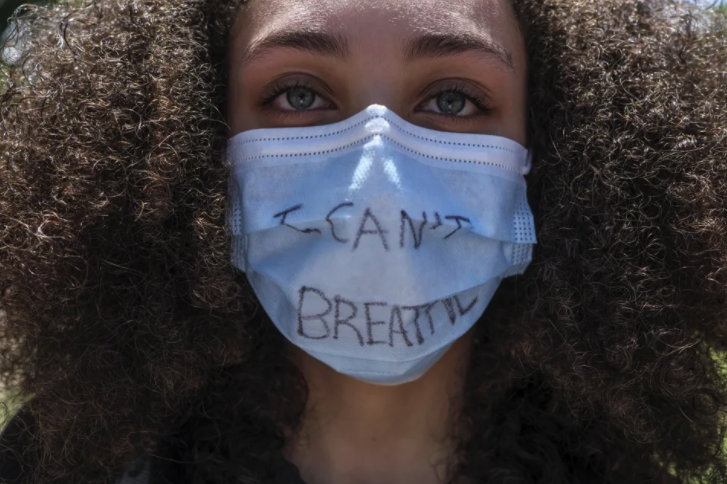 In the Hebrew scriptures, it doesn’t take long for the beautiful story of Creation to go sideways. After God breathes life into the clay and animates humanity, the newly formed creatures—notable for their resemblance to their Maker—make some major mistakes. The possibility of judging good and evil is too tempting to resist and succumbing to the temptation opens Adam and Eve’s eyes too wide. They become ashamed of their nakedness and their broken trust with God ends with a dual curse of hard labor. Adam must toil until he sweats to feed his family. Eve must endure the painful ordeal of childbirth. They’re no longer fit for Eden. Fade out.

It’s what happens in the next generation that merits our attention today. Two sons become embroiled in sibling rivalry. One of them—Cain—is so unhinged by deep fears of inadequacy he murders his brother, Abel. Homicide is the first sin one human commits against another and it’s terrifying, not only for its moral bankruptcy and violence. This notion of killing is abhorrent because it completely flies in the face of everything we understand about God and us.

If God is the Source of life and if we are, by divine intention, made in the image of our Creator, then the murder of a living, breathing, conscious and moving human being amounts to killing God. If our purpose is to do the work and will of God, then removing a human being from this plane before his/her/their work is done defies the very purpose of Creation. If, as we like to say, we are God’s hands and feet, God’s temple, and so on, one person’s knee on another person’s neck is not only criminal. It’s sacrilegious. It amounts to one human depriving another human of God’s greatest gift: breath.

I can’t breathe! George Floyd cried out until the presence of God left his body. Eric Garner cried the same thing. So did Javier Ambler while being arrested in a fatal 2019 police encounter. I can’t breathe! Something in us begs to breathe because when breath is gone God goes with it. Murdering a human made in in the divine image, animated and sustained with divine breath, essentially kills God. And reckoning that one image of God is somehow superior to another—that the life inside a pink-skinned shell matters more than life contained in a black-, brown-, or red- or yellow-skinned body—isn’t just sacrilege. It’s heresy.

When God confronted Cain about Abel’s disappearance, Cain got arrogant. This is common among people who try to erase God’s image by stealing the breath of God’s creatures. “Am I my brother’s keeper?” Cain asked. Yes, Cain, you are. Yes, we all are keepers of those around us. We are called upon to protect them, suffer with them, keep them breathing. “Your brother’s blood cries out to me from the ground,” God told Cain. Abel. George Floyd. Breonna Taylor. Ahmaud Arbery. Javier Ambler. Michael Brown. Eric Garner. Philando Castile. Laquan McDonald. Sandra Bland. Trayvon Martin. And on and on and on. This God-killing must stop.

Join us this week as our “Origins” study series continues with a closer look at God and what knowledge of God demands of us. We meet via Zoom at: