By adminNovember 7, 2019Weekly Update
No Comments 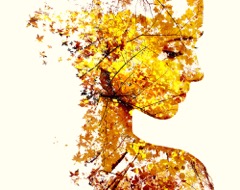 Grace in the Time of Gratitude

Last summer is now a fading memory; fall has taken hold. The reversion to Standard Time means darkness comes sooner than we’d prefer. Weather forecasts use words like “overcast” and “wind chill” and “cold front.” For those who love daylight and warmth, an unwelcome misery sets in. Falling leaves, blustery mornings, chilly evenings and longer nights suggest a winding down and resignation, not a time of renewal and hope. It’s an odd time of year to be called to thankfulness, particularly since “harvest” and “bounty” are now high-concept notions with plenty of fresh produce available year-‘round.

In 2 Corinthians 4, St. Paul reminds us that natural vulnerabilities and decay don’t define us. The great apostle says we hold our treasures in “clay pots” (v7) and, yes, he admits they’re subject to unavoidable changes and weaknesses. But seasonal variances don’t determine final outcomes. They’re merely circumstances, not conclusions.

So Paul assures his Corinthian readers (and us):  “We are experiencing all kinds of trouble, but we aren’t crushed. We are confused, but we aren’t depressed. We are harassed, but we aren’t abandoned. We are knocked down, but we aren’t knocked out” (v8-9). Clearly he’s referring to situations more stressful and serious than a case of mid-autumn blues. Yet the changing of seasons opens an opportunity for us to practice some of what Paul is talking about.

The evidence of death that grows more dramatic in the late autumn and winter can be revitalizing if we permit it to renew our awareness of vitality we possess. Gray skies that hang overhead and brittle leaves that crunch underfoot can be transformed into powerful reminders of new life and sustenance. The clouds will release snow and rain to replenish the earth; leaves will disintegrate and feed next spring and summer. It’s not what we see that makes the difference, Paul says; it’s what we can’t see, yet somehow know is happening.

That’s how grace works. It eases its way into seemingly hopeless situations and produces fresh beginnings and revived faith. It renews and restores and rectifies. It takes what appears to be turning to dust and disproves the notion that death is the end. That’s why Paul says, “We don’t focus on the things that can be seen but on the things that can’t be seen” (v18).

Perhaps late autumn is the right time for Thanksgiving after all. It compels us to look beyond what we can see and envision what God is doing behind the scenes, under the ground, deep in the wells of our own spirits. Grace is at work in us even when we can’t detect it. That’s what sustains us through frosty mornings and windswept afternoons, through dark nights and overcast days.

Join us this Sunday as Gather unites in a worship experience that explores how grace and gratitude are connected. You will leave with a richer sense of thankfulness and an assurance that the grayest days and coldest nights are filled with grace. Worship begins at 5pm CST in the parlor of Pilgrim Congregational Church, 460 Lake Street, Oak Park. If you’re unable to be with us in person (and you really should try to make it), you can find us online via Facebook Live.