By adminJune 4, 2020Weekly Update
No Comments 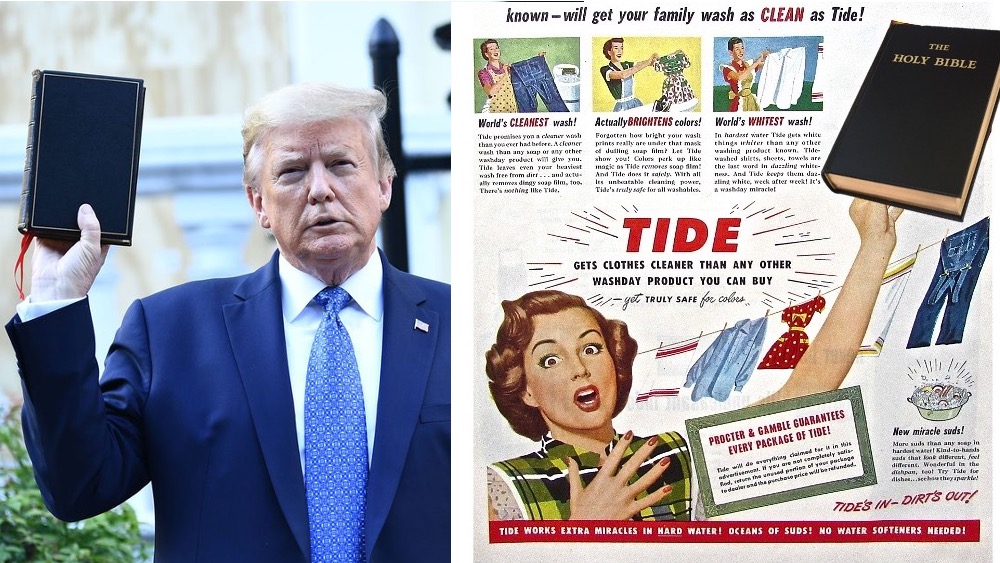 While imprisoned for his role in a conspiracy to assassinate Hitler, the theologian and activist Dietrich Bonhoeffer wrote, “The great masquerade of evil has played havoc with all our ethical concepts. For evil to appear disguised as light, charity, historical necessity or social justice is quite bewildering to anyone brought up on our traditional ethical concepts, while for the Christian who bases his life on the Bible, it merely confirms the fundamental wickedness of evil.”

The turmoil of 2020 America validates Bonhoeffer’s conclusion. The trick behind Christian nationalism’s unusual success comes with its ability to mask evil in a cloak of religion. Seizing control of the hearts and minds of many sincerely faithful, mostly conservative believers, the current Administration has made a mockery of every sacred institution and belief our nation once valued. As each assault on reason grows more egregious, it’s easy to become cynical about faith and Christian expression.

Cynicism is a ready-made companion to what Bonhoeffer called “cheap grace,” or “grace we bestow on ourselves.” In other words, cheap grace focuses entirely on my wellbeing, my salvation, and my gratification. Bonhoeffer saw cheap grace everywhere in Third Reich Germany—not only in the Nazi Party, but in the fallen state of the Christian community. When Hitler perverted the teachings of Jesus to advance a false doctrine of racial and moral “purity,” the vast majority of German Christians said nothing. And despite warnings from all sides, they followed their Führer straight into the abyss.

When we see the American Head of State stage a photo shoot in front of a church (after gassing and firing on nearby protesters), holding a Bible aloft like a box of Tide, we should be alarmed, whatever our politics may be.

The Bible is not a prop. Neither is it an idol—a material god whose power is revealed in incantations we recite to make things happen. The Bible is a timeless source of wisdom that calls us to accountability for every aspect of our lives, including how we use our power as citizens to defend the defenseless, care for the needy, and welcome the stranger. What we’re seeing is blatant exploitation of religious ignorance among millions of people with no idea where the Bible came from, what its writers intended, or why the accountability it calls us to begins with interpretive responsibility.

Too many Americans consume their Christianity like a box of Tide. They use it to feel clean and like how easily it washes away their guilt. But neither our faith nor our texts are consumer goods. They are our sacred inheritance and I for one don’t appreciate watching anyone commoditizing them for political gain.

Starting this week we return to our roots in a study series we call “Origins”. And we begin with a look at the Bible. Where do our sacred texts come from? What compelled its authors to record their stories and ideas? Why should we be mindful of scripture’s history as a means of clarifying how we understand what it’s saying to us today? Join us this Thursday at 7:30pm CDT: