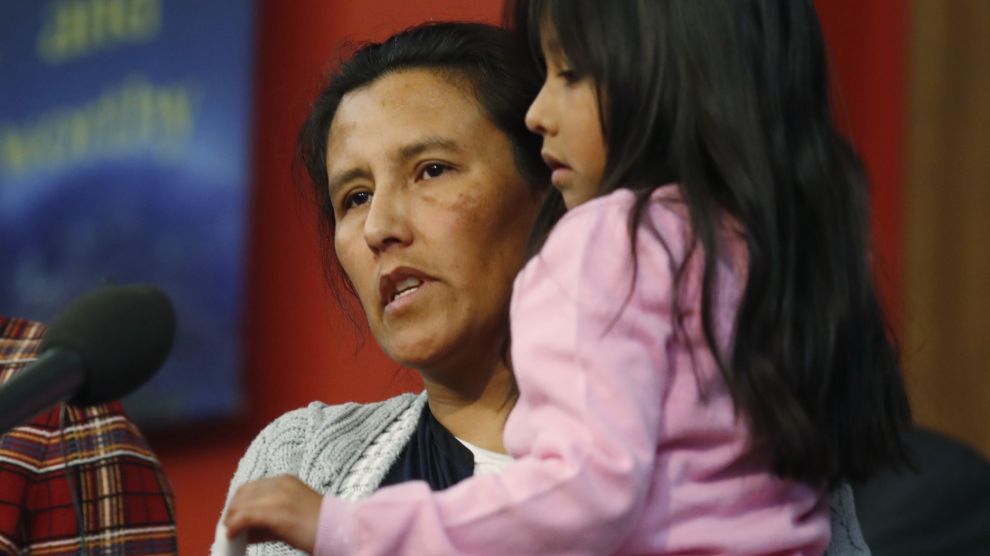 Jesus and the Immigrant Mother

Tim: So we’re reaching the halfway point in our tour of Mark’s Gospel.
Shea: The Gospel moves so fast and draws so many contemporary parallels that our heads are spinning.

Tim: No kidding. The great theologian Karl Barth said you should study faith with the Bible in one hand and the newspaper in the other, and our work in Mark has certainly validated that idea.
Shea: The issues Jesus confronted in his time continue to surface in our struggles today: empire, social indifference masked as religious piety, war on the sick and the poor, ethnic struggles and boundary issues, and questions about what defines authentic family.

Tim: Now this week, the timeliness is especially intense as we look at an immigrant mother who challenges Jesus’s xenophobia. That probably makes a lot of people uncomfortable—to think that Jesus had some rough edges that needed attention.
Shea: That’s right. Mark shows us what happens when Jesus encounters a foreign woman whose love for her daughter compels her to risk her own humiliation as she begs Jesus to reconsider his feelings about people who don’t belong to his tribe. She actually teaches Jesus how faith and inclusion are intertwined. “All” means all for her and Jesus learns that from their interaction.

Tim: Wait. Are you saying Jesus doesn’t know it all?
Shea: The idea of a “teachable moment” for Jesus, well, that upsets a whole lot of the perfection we place on him. We talk about Jesus being fully human and fully God. But we don’t allow him to have a fully human experience, which includes getting it wrong sometimes, discovering the full the scope of his ministry, and, as a human, learning what godly compassion is all about. His own people don’t get him. But this Syrophoenician, pagan, foreign mother, she sees all that Jesus can be for her and everyone like her. And it’s she who teaches Jesus in this moment.

Tim: A fully human Jesus, who needs to unlearn some of the prejudices and assumptions his culture has put into him—that’s powerful stuff.
Shea: He calls this desperate woman a dog!

Tim: Why would Mark’s writer include such a story? It’s not Jesus’s finest moment.
Shea: Mark wants to show us we all have some unlearning to do in order to be taught. And to think that we don’t suggests we think we’re better than Jesus.

Tim: Which clearly we’re not.
Shea: This moment is pivotal in Mark’s Gospel, because it comes just before all the attention turns to Jerusalem, where Jesus will confront, and be confronted by, the evils of empire and religious bigotry at their most powerful and blatant. He has some learning to do!

Tim: There’s even more to this story and we’ll unpack it all this coming Thursday night!

This Thursday, July 12: After a slightly shortened worship/study experience we’ll hold a brief congregational meeting to take care of some pressing business. If you are a regular Gatherer please do your best to be there!
_______
Sunday, July 15: We’ll meet more of our Austin-Oak Park neighbors at one of the weekly concerts in Scoville Park, at the corner of Lake St. and Oak Park Avenue. Bring a blanket, some refreshments, and big smile as we introduce ourselves to the neighborhood. Concert begins at 5:30–let’s assemble around 5p. See you there!
_______
Thursday, July 19: We will have our second worship experience led by our “virtual pastor” Shea Watts. The music will be great. The Word will be powerful. And the fellowship will be outstanding. Invite some friends and join us!