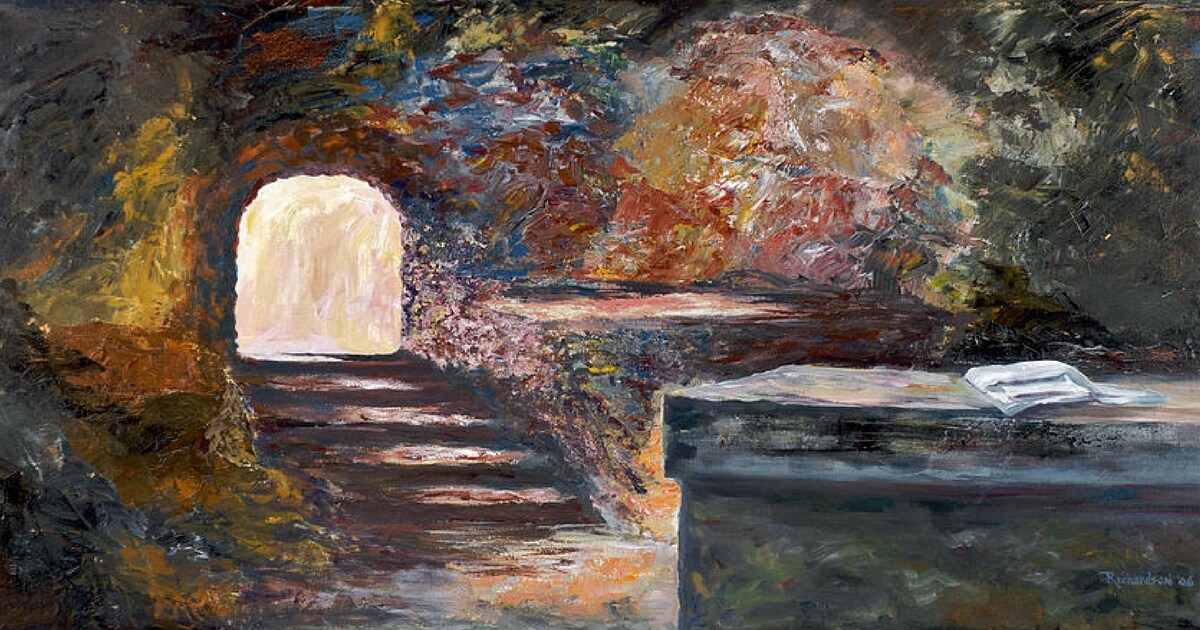 Tim: Every time I reach the end of Mark’s Gospel a kind of melancholy comes over me. I realize it’s counterintuitive because the last chapter tells the Resurrection story. Death is defeated. Christ has won the victory. Still, it’s like hanging up after a long late-night phone call with an old friend. The conversation is amazing, but you’re sad it’s over.
Shea: Is it over? Mark closes with one of the greatest cliffhangers of all time. No one knows where Jesus is. Unlike the other Gospels, he doesn’t have a post-crucifixion cameo in Mark. No garden conversation, no appearance to the disciples, no breakfast on the seashore. The writer simply says the women are so traumatized and carried away they can’t speak. then the story ends with a conjunction that approximates English connectors like “for” or “indeed.”

Tim: But it doesn’t connect to anything! The earliest manuscripts of Mark end abruptly in verse eight: “They were afraid indeed…” The rest of the closing chapter gets added much later. In fact, most Bibles contain two attempts to end the Gospel in a more conclusive way. There’s a short ending and a longer ending. Why is that?
Shea: Folks couldn’t be satisfied with the Jesus story closing with a dot-dot-dot. Yet what if that’s the point? What if we’re supposed to look at the dot-dot-dot and realize the story never ends? The women go to the grave to preserve their rabbi’s body. But there’s no body to be found, because Jesus has already moved on. His corpse can’t be preserved because he’s alive and his work is never-ending. It doesn’t need preservation! The Jesus story becomes their story. And now it’s our story. Indeed…

Tim: The young man in the empty tomb tells Mary Magdalene and the others that Jesus will meet the disciples in Galilee, which is where the whole thing began.
Shea: Indeed. Everything comes full circle. In Mark, the right response to the Resurrection is “Get back to work.” This time it won’t be Jesus in the lead role. It will be his apostles, his delegates, us. In the end—which is not an ending at all—this story is about the calling placed on us to usher God’s kingdom into the world. How does it begin? Jesus declares, “The reign of God is near. Turn around and trust this good news.” And where does he proclaim this gospel? Galilee.

Tim: It’s a perfect circle. The story never ends!
Shea: It never ends. What happens next is always up to us.

UPCOMING GATHER OPPS
September 6 – All hands on deck! Chicago Theological Seminary will be bringing a camera crew to Gather to shoot footage for a short video feature  about Tim and Shea and the new church. We need everyone to be present and accounted for!
______
September 9 – Our friends at Pilgrim Congregational Church are sponsoring their annual Great Food Truck Rally. Stop by between 4 and 8 pm to enjoy a fabulous variety of gourmet food truck fare and visit with the fine folks at Pilgrim. 460 Lake Street in Oak Park.
______
September 13 & 20 – Rev. Rich Havard, Campus Pastor of the Inclusive Collective, a Christian Movement at the University of Illinois at Chicago, will be bringing the Word. Rich is a powerful speaker and inspiring faith leader. Don’t miss this opportunity to hear from him!