Shea: It’s no secret that Mark is your favorite Gospel.
Tim: I love all the Gospels. But I guess Mark is my favorite because of how direct Jesus is. He’s on a mission and he’s not messing around.
Shea: And yet people can’t recognize who he is. The disciples don’t seem to know. The Pharisees and Religious Right can’t figure out what to do with him. For the longest time, nobody puts it together and realizes Jesus is the Christ.
Tim: Well, Mark knows. He’s tells us as much is in the first sentence of his book. And, rather interestingly, evil spirits recognize Jesus. They know they’re in big trouble whenever he shows up. They cry, “What do you want with us?” Then Jesus sends them packing.
Shea: Compared to the other Gospels, Jesus doesn’t talk much in Mark.
Tim: That’s right. You won’t find long discourses and convoluted debates in Mark. Even the parables are quick and to the point. The writer is using a journalistic approach, showing us how this Jesus Movement got started, how it nearly got shut down, and why it ultimately couldn’t be stopped. God was working out a new kind of idea, a bigger, better plan for the world, a way of living unlike anything before it.
Shea: The Way was how the first believers described their devotion as Jesus followers.
Tim: And that’s Mark’s big theme. Prepare the way of the Lord, a revolutionary, all-encompassing idea that led not only to God but also to a new way of life that subverted everything the Roman Empire stood for: power, greed, materialism, militarism, slavery, exploitation of poor people, corrupt leadership, and excesses of every kind, including religious overkill.
Shea: Yet in the middle of so much wickedness Jesus declares, “The kingdom of God is near. Repent and believe the good news.”
Tim: In Mark’s Gospel, the reign of God is all of a piece. You can’t do the God thing without the justice thing. And justice won’t work if you leave God out of it. To repent is to change direction, to reject what passes as justice and embrace what’s truly just. God is establishing a new order, and Jesus is leading the charge. That’s why we follow Jesus, why we sign on to be radical disciples. God’s up to something and we want to be part of it.
Shea: We need this Gospel now more than ever.
Tim: All you have to do is open your newsfeed to see how far we’ve strayed from the Way. Mark has never been timelier.

PRIDE OUTREACH – SUNDAY, JUNE 24
Gather will worship with the Lighthouse Church (4713 N. Broadway, Chicago) in a special service prior to joining thousands from other Chicagoland churches as we witness God’s love and radical welcome in the annual Gay Pride parade. Tee shirts and more info soon to come! 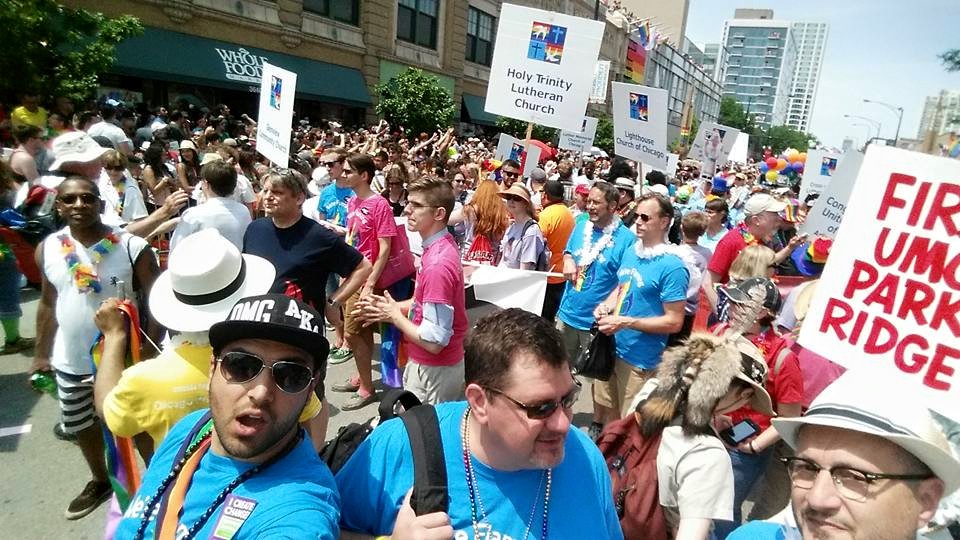