By adminJune 6, 2019Weekly Update
No Comments 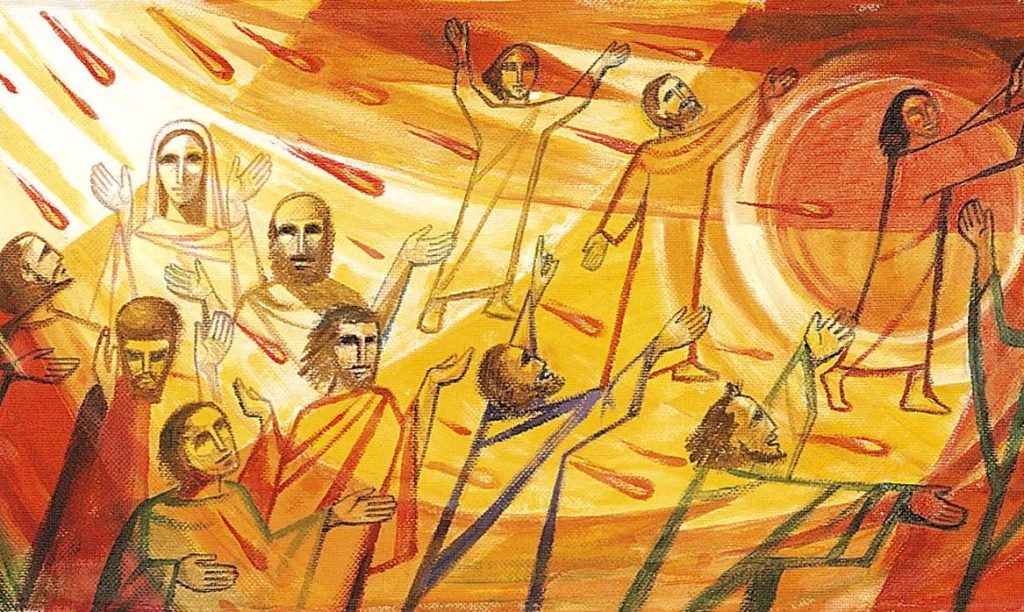 Shea: Gee, I wonder why… Maybe we should be 100% transparent and disclose we both come the Pentecostal Church.

Tim: A tradition we both cherish. I don’t think it would be any exaggeration to say we’re both shaped by a Pentecostal ethos and passion.

Shea: Of course, we wouldn’t say it that way in a Pentecostal context. We’d say, “We’ve got the Holy Ghost and fire!”

Tim: Amen! When Pentecostal fire is instilled in you, no matter where you go, you’re never far from Acts 2 and the fire poured out at Pentecost.

Shea: Nor should we ever stray from it—and I’m not speaking as a Pentecostal. I’m coming from the most universal, catholic perspective imaginable. If we read scripture correctly, to be truly Christian is to be fervently Pentecostal.

Tim: I hear you you saying “Pentecostal” is bigger than how it may have come to be defined in American Pentecostalism. It’s deeper than the ecstatic worship style and supernatural demonstrations that became associated with the Pentecostal “brand.”

Shea: Precisely. And we should be clear: we’re not diminishing or doubting the validity of any of the hallmarks of 20th-century Pentecostalism. Having grown up in the tradition, we both know how real and powerful it is.

Shea: While we could never dismiss phenomena associated with the modern American Pentecostal movement, sometimes we miss bigger lessons in the story, mostly because it generated a lot of clichés we accept without question. So meaning has got lost.

Tim: How about an example or two?

Tim: And why is that?

Shea: Well, we like to say that everyone there is “filled with Spirit”—even Luke, the writer of Acts, says that. But we know from the Gospels the disciples are already Spirit filled. Pentecost is when they realize what’s happened to them. It’s not for nothing that the Spirit manifests in a heady kind of way: something that sounds like a powerful wind blows past their ears, something that looks like fire dances on their heads, languages they’ve never learned come out of their mouths. If they couldn’t get it in their heads before, they know for sure. They’re full of the Spirit!

Shea: That’s right. We’re celebrating the fact that we are Spirit-filled and we know it. We’re not hiding behind anything or anyone any longer.

Don’t miss Gather’s VERY FIRST Sunday worship experience on Sunday, June 9, at 5pm CDT. We’ll be joining our voices and spirits in the Chapel of Pilgrim Congregational Church, 460 Lake Street in Oak Park. If you can’t get there, find us online at FB Live!