By adminOctober 14, 2022Weekly Update
No Comments 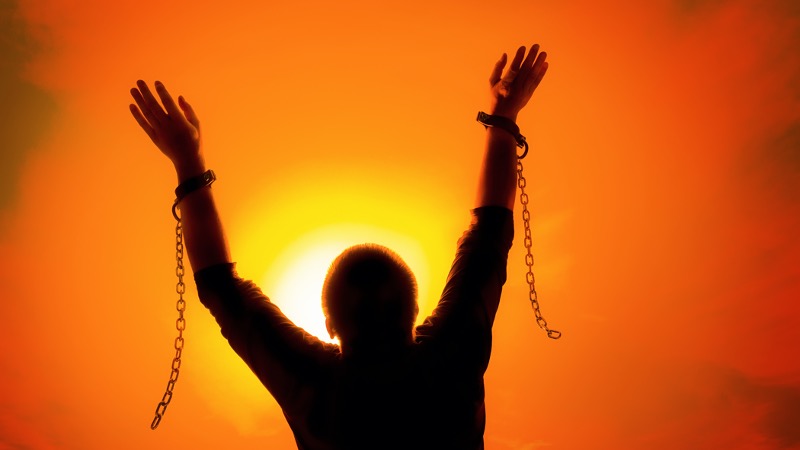 Each of you proclaimed liberty for the other and made a covenant before me in the temple that bears my name. But then you went back on your word. – Jeremiah 34:15-16

If you were unable to be with us for last Sunday’s Gather Live, you missed a treat. We felt real freedom in our worship. It was so thick that by the time we arrived at the Communion table, I simply held up the loaf and cup and told the church, “This is what freedom tastes like.” We came very close to breaking into a holy dance. (We’ll have the video up on YouTube soon.)

Accepting our freedom empowers us to proclaim liberty to others. Not simply because it’s a wonderful thing that everyone deserves—of course, it is. But helping others get free enables them to join the fight for freedom. That’s the lesson from Jeremiah 34. Well, part of it.

The Babylonians are bearing down on Jerusalem. The prophet tells the king to free all slaves, enabling them to join the fight against their oppressors. (It turns out they were due to be freed anyway.) Then, after proclaiming liberty, the owners do a U-turn and revoke their freedom. God’s anger is chilling: “Since you have defied me by not setting your fellow citizens free, I’m setting you free, declares the Lord, free to die by the sword, disease, and famine! And I will make you an object of horror for all nations on earth” (Jer. 34:17).

We’re living in a perilous time with authoritarian movements and tyrants trying to revoke freedoms right and left. But God says freedom is irrevocable. This will not go well for them. Now let’s bring this a little closer to home. We want to change the world for the better. Make it a freer and more livable place. Lift our communities as citadels of justice rather than objects of horror. Throw open the windows and doors of our churches so fresh wind blows in, pure light casts out shadows, and no one is denied the Pentecostal proclamation of liberty, “I will pour out my Spirit on all people” (Acts 2:15).

To do that, we need more people. We build our ranks by proclaiming freedom to folks who want it. Many won’t believe it at first. Many will have experienced U-turns in other places, other churches, other family settings. But let’s show them we’re for real. Who in your circle needs to get free? Proclaim liberty—not just for them, but for everyone. Let them know freedom is possible. God wills it so. Not just for them, but because the world needs more free people in the freedom fight.