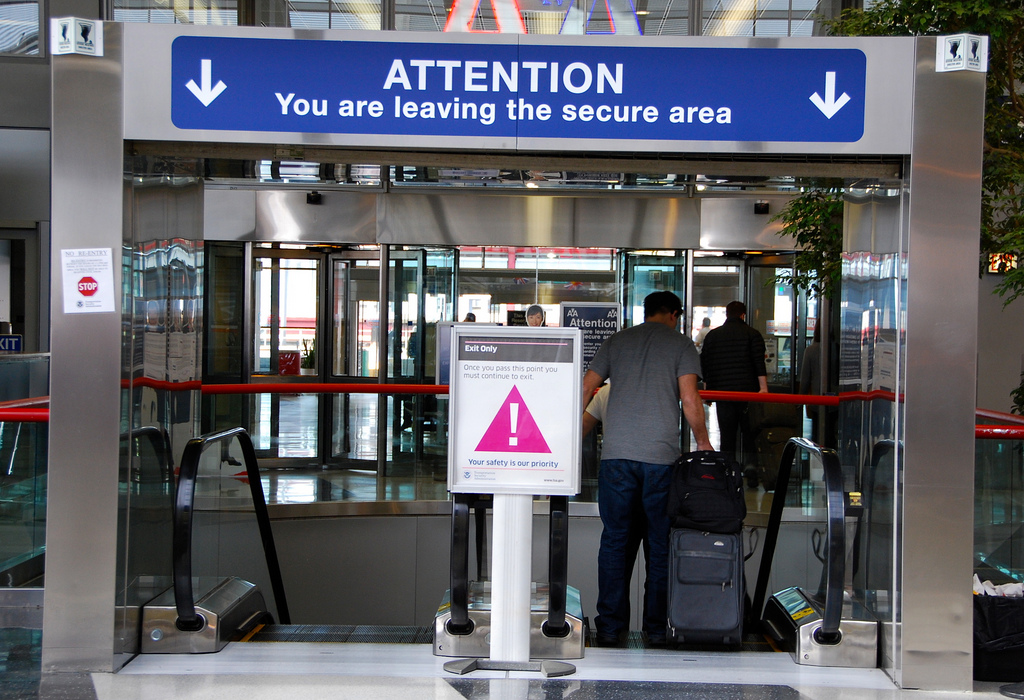 Tim: We’re halfway through our tour of Mark’s Gospel and things are about to get very serious.
Shea: Not that they haven’t always been serious, but you’re right. Up until now Jesus and his crew have focused their energy on the province of Galilee and surrounding Gentile region. Their encounters with religious and political toadies have been minor scuffles. Unlike John the Baptist, who paid for his activism by losing his head, the Jesus Movement has not yet gained the notoriety to put it in the crosshairs. All of that’s about to change.

Tim: Suddenly, it’s as if the light shifts, the music tenses up, and the scenes get longer, more complicated. The reader immediately senses something’s up.
Shea: Yes. Things get bumpy right off the bat. Jesus heals a blind man. But it takes two tries for the man to recover his sight. He also performs this miracle in private, away from the crowd. And he does something else we’ve not seen before. He spits in the man’s eyes!

Tim: That’s another move the Jewish authorities would revile as unclean.
Shea: You better believe it! From there, Jesus begins talking about his death, which puts everyone on edge. Peter rightly identifies Jesus as the Messiah but immediately gets into an argument about whether or not Jesus should risk dying.

Tim: The tension between them is galvanizing.
Shea: Jesus makes it very clear there’s a cost of discipleship. They’re going to pay dearly for this work.

Tim: So why do they stick with it?
Shea: Because they see and experience things no one else has ever witnessed. Take the Transfiguration, for example. There’s no way to explain what happens on that mountain. For centuries theologians have conducted a robust discussion about what it actually means. But, for all that it is and whatever else it might have meant to Peter, James, and John, we have to know it was life changing.

Tim: And timely, because the Transfiguration comes at the turning point, when Jesus focuses his attention on Jerusalem.
Shea: Exactly. The comforts of the provinces are a thing of the past. They’re going into the big city to confront the corrupt religionists of their time. It’s like those signs you see at the airport as you’re leaving the secure area. There’s no turning back now.

Tim: This is so exciting!!

Thursday, July 19: We will have our second worship experience led by our “virtual pastor” Shea Watts. The music will be great. The Word will be powerful. And the fellowship will be outstanding. Invite some friends and join us!
_____
Sunday, August 19: Gather will gather at Scoville Park to join our neighbors at a free concert. These concerts are always a joy and are designed to be family friendly events. So don’t miss this opportunity to mix and mingle with the fine folks of Oak Park. The concert begins at 5:30
_____
August 23-25 the Fellowship of Affirming Ministries Mid-West Regional Conference and Workshops will be held at Pillar of Love Fellowship United Church of Christ. On Sunday, August 26, Gather will join churches from across the Midwest to celebrate Pillar’s 15th Anniversary, with our own praise and worship team helping lead the service and Bishop Yvette Flunder delivering the sermon. This is not something you want to miss. Make sure you mark these dates! (See poster below.) 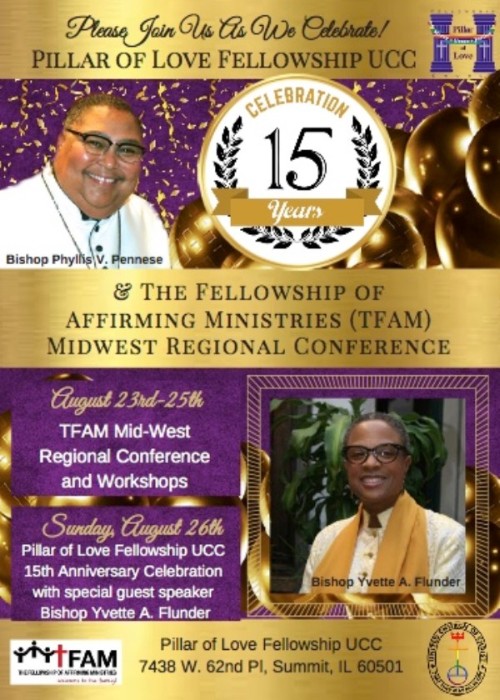