By adminJanuary 29, 2019Weekly Update
No Comments 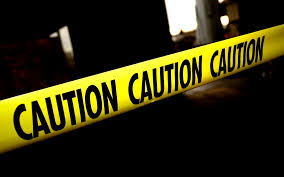 Tim: We’re wrapping up our look at the Lord’s Prayer and we’re ending on an unsettling note: “Do not bring us to the time of trail, but rescue us from the evil one.”

Shea: That’s the New Revised Standard Version. Most of us quote the King James’s “Lead us not into temptation but deliver us from evil.” Either way, it makes you go, “Hmm…”

Tim: Why is that?

Shea: Asking God to refrain from leading us into trials and/or temptation goes against the grain of how many of us think and feel about God. Doesn’t God protect us from evil? Why wouldn’t God steer us from trouble and shield us from evil?

Tim: Great questions! But if the underlying theme of the Prayer is collaboration with God, could it be that Jesus and his students assumed the divine side of the partnership included guidance through trials and temptations.

Tim: Remember the prayer is framed by two powerful moments in the Jesus story—one at the start of his ministry and the other in its final hours. Before Jesus declares God’s reign, Matthew’s writer says the Spirit leads him into the wilderness to be tempted. So there’s precedent for this. Then, on the last night of his human life, Jesus goes into Gethsemane, where he and his disciples are clearly tempted to submit to evil impulses.

Shea: One of them cuts off a guard’s ear, while another betrays Jesus.

Tim: Exactly. We get two very different pictures of being led into temptation. In the first, Jesus resists. In Gethsemane, Peter and Judas don’t. One turns out to be a self-destructive traitor. The other resorts to anger, deception, and lies. What’s more, violence is arises out of their actions.

Shea: Both get led into temptation. Both fail because they don’t resist.

Tim: Matthew also ties their failure back to prayer. Judas doesn’t even go to the garden to pray and Peter falls asleep when he should be praying. That’s why we embrace the prayer’s hope that we can resist evil and treachery, anger, deception and violence. Where one of these forces is present, the potential of the others is also there. That’s why scripture counsels us to avoid keeping evil in our hearts. If we give it room, it brings all kinds of malevolence with it.

Shea: Being led into times of trial is something we ask God to help us avoid. But when those moments come, we resist urges that would bring harm to others and ourselves.

Tim: Exactly. We’ll dig into this in more detail this Thursday evening. It will be a powerful conclusion to a very rich series!

Join us each Thursday in January as we deconstruct the prayer Jesus taught us pray in a new series, “66 Words: How the Lord’s Prayer Works and Why It Works.” We meet at 7:30pm CST at Pilgrim Congregational Church, 460 Lake Street, Oak Park Avenue with live-streaming via Facebook Live.