By adminOctober 15, 2020Weekly Update
No Comments 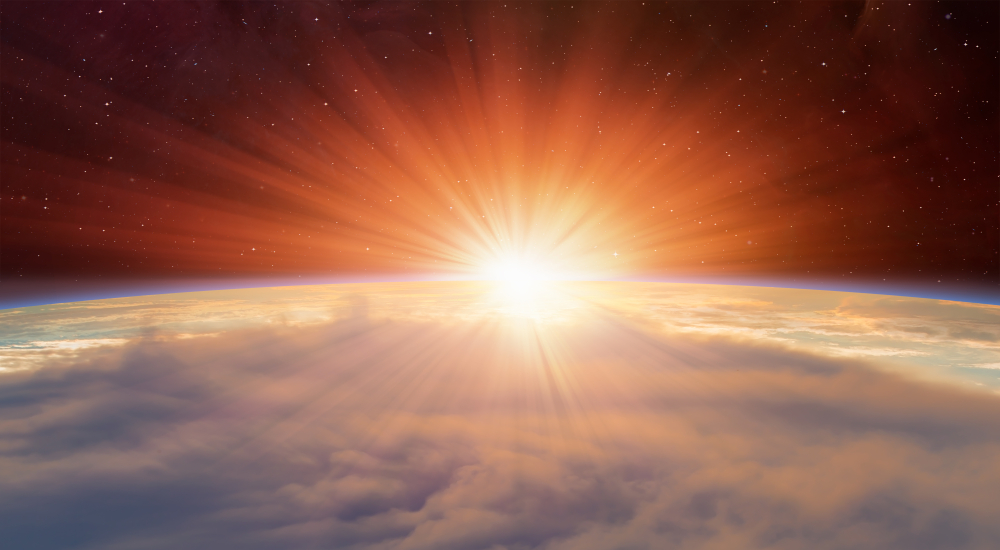 The six-day creation account in Genesis 1 takes an interesting turn on Day Four. The first three days are elemental: light and darkness; land, sea, and sky, with an invisible “dome” preventing a constant deluge of rain. Plants emerge in these early days, as they must, to anchor the land with their roots and because, when you put water on soil, something always grows. The Creator is clearly up to something. But what it is doesn’t come into focus until the fourth day, when the sun, moon, and stars are set in place to be “for signs and for seasons and for days and years” (Gen. 1:14-17; NRSV).

But it’s interesting that daylight and moonglow are almost afterthoughts. In the ancient imagination the wonders overhead bore two important functions. The sky was often scrutinized for divine “signs” that held predictive or confirming capabilities. Astrology is an art as old as religion, and many people looked to it for indications that they were pleasing their gods. Indeed, these instincts are so deeply imbedded in our nature, we see a shooting star or a blood moon or an eclipse and read all kinds of meaning into it!

More importantly, the movement of the spheres kept track of time. Like many cultures, the Israelites got very good at marking months and years by the heavens. Our own liturgical calendar is derived from such moves. For instance, not many folks realize Western Christianity’s highest holy day—Easter—dances around the calendar because it’s tied to lunar behavior. We celebrate Easter on the first Sunday after the first full moon after the vernal equinox ushers. We do this because the Easter narrative is set on the first day of the week after Passover, which occurs on the first full moon of spring.

What makes all of this more than a trivia exercise? It shows we primally understand our Creator to be deeply implicated in our own time, history, and hourly existence. The Psalmist looks up and doesn’t merely gasp at celestial beauty. The poet “hears” the heavens boasting of God’s glorious ability to mark time. The first few verses of Psalm 19 are a ravishing account of daytime, with the sun’s rising and progress compared to a warrior bridegroom leaving his honeymoon bed. And what’s interesting about that is scholars are convinced this is borrowed language, a sly adaptation of earlier poetry about Egypt’s sun god. In other words, the heavens declare God’s glory in every dialect, every tradition, in every way we’ve come to understand signs and times. It’s such an enormous idea, no one religion can claim exclusive rights to it. Which is just as it should be.

Our look at Creation Across Cultures continues as we spend this week contemplating the heavens. Join us each Thursday evening at 7:30 CDT via Zoom: